When most people think of slow cooker meals, the first thing that springs to mind is hot stew, slow cooker fajitas, and rich soups.

Of course, for vegans this is a different story, gone is the option for a hearty beef stew or a shepherd’s pie.

And with these popular options gone, what meals can vegans use a slow cooker for?

Well, today I have a few books that answer just this question, with a range of different recipes which will leave you full and satisfied. 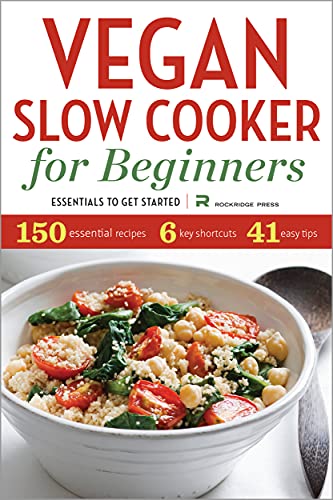 Essentials to Get Started

This book aims to take the fuss out of vegan cooking, offering a range of simple, home-cooked and healthy meals that will feed you for a few days.

Vegan Slow Cooker for Beginners shows you how to make hearty vegan meals, saving a ton of time in preparation.

It features 150 easy recipes to make every day of the week. Some of the recipes in the book include:

This book has a range of different recipes from breakfast all the way to desert.

It is ideal for novice cooks and beginners in the vegan world, as it offers easy, no fuss recipes which are tasty and will leave you with enough leftovers for a few days.

Or FREE with Audible Trial 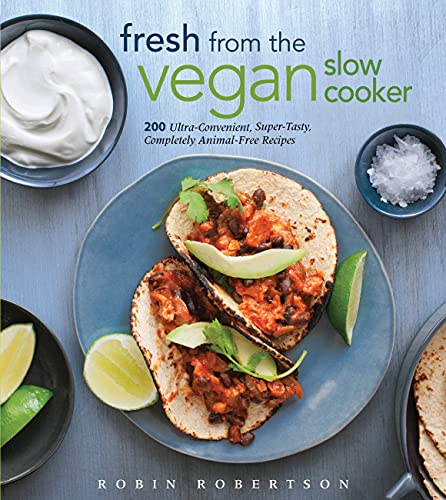 2. Fresh from the Vegan Slow Cooker

Robin Robertson has written this book as a way to demonstrate creative ways to use the slow cooker in the kitchen.

She uses a breadth of ingredients to create new and exciting vegan recipes.

Fresh from the Vegan Slow Cooker provides practical tips on how to use a slow cooker and to choose the right one.

Some of the recipes she has in the book are:

There are many soy and gluten free recipes within this book, and the collection helps to show ways in which vegan can broaden their palette and make the most of their slow cooker. 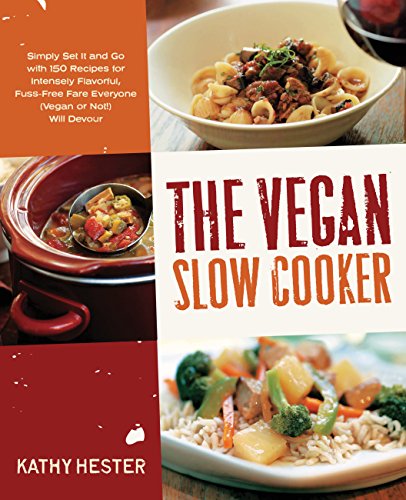 Simply Set It and Go with 150 Recipes for Intensely Flavorful, Fuss-Free Fare Everyone (Vegan or Not!) Will Devour

This slow cooker cookbook by Kathy Hester helps to provide simple recipes with easy to read instructions, for even the novice chef.

The Vegan Slow Cooker allows you to create impress, gourmet style meals with minimal effort and to support a busy lifestyle.

If you struggle to find the time to prepare hot, fresh meals for your family which are also packed with nutrients, this book is a great addition to your kitchen.

Some of the recipes included in this book are:

Even for those who aren’t a massive fan of a slow cooker, these recipes are made with such fresh, healthy and flavourful ingredients that it will change your mind. 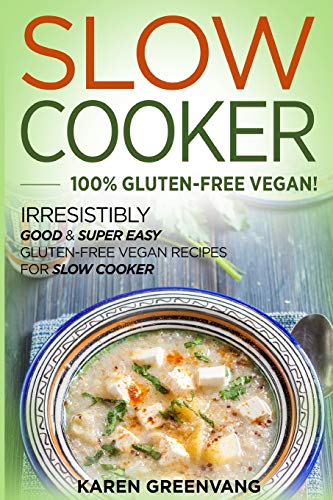 Slow Cooker: 100% Gluten-Free Vegan! aims to provide a diverse set of recipes to use in a slow cooker.

Slow cookers are a low energy and safe way to cook, which makes it ideal for working families with hectic schedules.

You can also leave these recipes over night for a convenient lunch to take to work with you.

Some of the recipes in this book include:

Each recipe features a photo and easy to read instructions, making it suitable for any level of home cook.

Not only is this a nice slow cook recipe book to own, it's also a great gluten-free vegan cookbook that you can add to your collection. 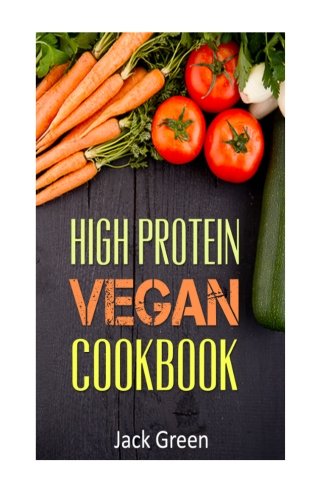 All of the recipes in High Protein Vegan Cookbook are high protein and plant based- offering nutrition and great tasting food to fuel your day.

This is ideal for any active person as high protein provides energy and helps build up muscle.

Some of the recipes in this book include:

This vegan slow cooker recipe book isn’t just full of nuts like other similar cookbooks out there, making some of these recipes suitable for those with nut allergies.

Maintaining enough protein can be difficult for vegans, so this selection of recipes is a must for any vegan kitchen. 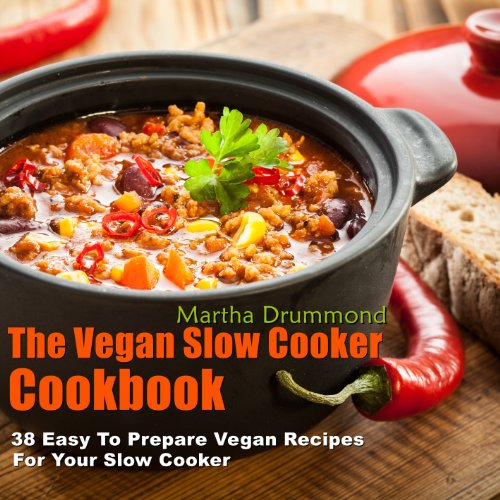 38 Easy To Prepare Vegan Recipes For Your Slow Cooker

It can be a pain preparing, cooking and serving fresh food every evening, and often it just ends up not happening.

Slow cooker meals are great because you can accommodate this to a busy lifestyle.

This is what The Vegan Slow Cooker Cookbook is all about, creating healthy, filling recipes which taste great and involve minimal effort to cook.

Some of the great recipes included in this book are:

This vegan crock pot cookbook is full of colorful photos and easy to reads instructions; this is a good cookbook for any level of cook.

It has a range of recipes from stews to soups and tasty desserts.

Whether you are a vegan, vegetarian or just health conscious - this is a kitchen essential.

As you can see, slow cooker meals are not just for meat eaters.

There are hundreds of combinations of plant-based meals which offer healthy, filling and tasty meal to fit around a busy lifestyle.

4 Vegan Indian Cookbooks That Will Tingle Your Taste Buds