Albert Einstein was once quoted, “I always get my best ideas while shaving’.

Most men (and those who love them) enjoy the fresh feel of a close shave but getting there can be daunting, and even the best ideas might not be worth a battlefield of nicks and blood.

On top of that, finding a product that's not only high quality but also is in line with your ethical beliefs can certainly be challenging.​

But after exhaustive research we were elated to find that hundreds of men have found a superior shave with the 5 shaving soaps featured on this page.

With no chemicals like alcohol that dry the skin, these shaving soaps have proven to offer a much more comfortable shaving experience. 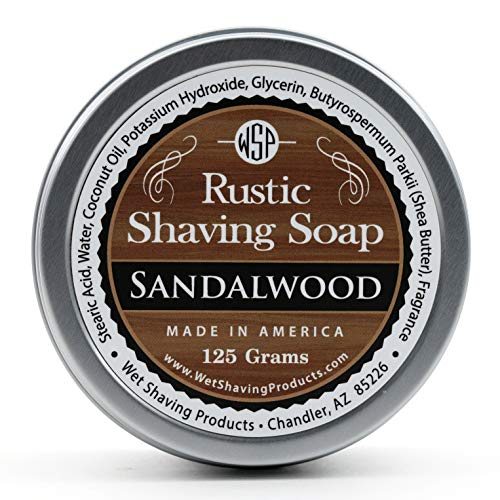 There is a clear passion for old-school shaving over at WSP. With just six ingredients in their product, Stearic Acid, Water, Coconut Oil, Potassium Hydroxide, Glycerin, and Fragrance, WSP has designed their shaving soap for men who have sensitive and irritated skin.

The company’s Luxury Rustic Shaving Soap has some of the highest rated reviews on Amazon as compared to its competitors, with the focus being on lather.

After an average of 30 seconds spent working the soap into a creamy lather, users reported the product went on smooth and thick, which allowed the razor of choice to glide effortlessly over the skin.

The term “rustic” was deemed accurate by reviewers, which was due to the mild scents of sandalwood and tobacco that linger on your skin moments after shaving.

The product design is surprisingly one of the most liked features of this product, according to the Amazon reviews. The wide-mouth tin makes loading the brush quick and easy, while the old-school, American-made look of the tin makes users feel like they have been thrown back in time. We also appreciated the concentrated formula of the soap, which is designed to make the soap last twice as long as products of the same capacity.

To get that thick, creamy lather, a fair amount of water is needed, which many users just found to be a hassle. Although the rustic scents were appealing to many users, some mentioned that the aroma was too mild for their liking, particularly after adding water to the soap for lathering. 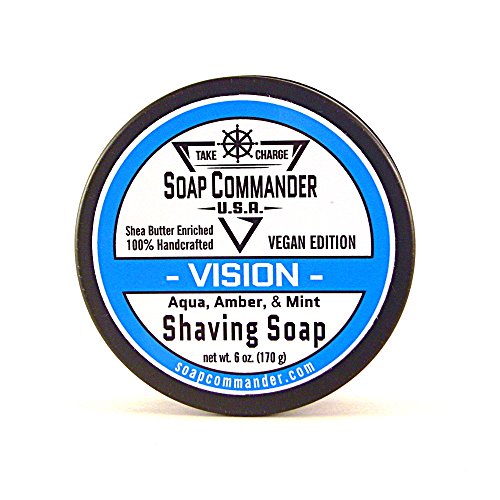 The folks at Soap Commander have an interesting mission; it’s to equip you to live life charged with your daily personal care routine.

The founders, Darren and Carrie, were inspired to bring a line of 100% natural products to the market after discovering their oldest daughter had eczema. She suffered from constant itching that could only be relieved from chemical laden products.

Fast forward a few years and their entire line of both men and women's personal hygiene products are not only available but wildly popular with customers.

Soap Commander offers their products in several scents; the most popular, Vision. The scent is challenging to define as it’s a blend of aqua, amber, and mint.

The product is extremely concentrated, one puck is sure to last for months on end. Several Amazon reviewers noted how economical this product is.

Although it has shea butter listed as an ingredient, perhaps the founders might want to think of increasing the ratio. After comparing this product to others in the same line, users found that it doesn’t have the smoothest glide for your razor. 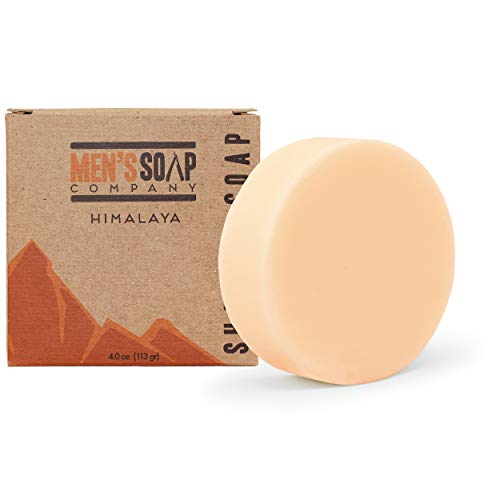 The product is offered in two scents, Lavender and Himalaya, picking through product reviews on Amazon, Himalaya is the preferred scent as it’s incredibly subtle.

The product offers a very traditional shave with very minimal ingredients, lathering up thick and creamy with just a few wipes of your shave brush.

For the price conscious, Men’s Soap Company’s products have a reputation for being highly concentrated, requiring very little to be applied. It was noted in Amazon reviews that although the product may look pricey at first, it lasts three or four times the length of other similar products in the category.

The guarantee, it’s rare to find a company that so strongly stands behind their products. The Men’s Soap Company have a 100% money back satisfaction guarantee. If you’re not happy with the product or the service, Men’s Soap Company will do anything in their power to rectify the situation and with no questions asked, provides a full refund.

This product requires a bowl/mug and shaving brush to apply. You could either look at this as carrying on a time-honored shaving tradition or another pain in the ass to your morning routine. 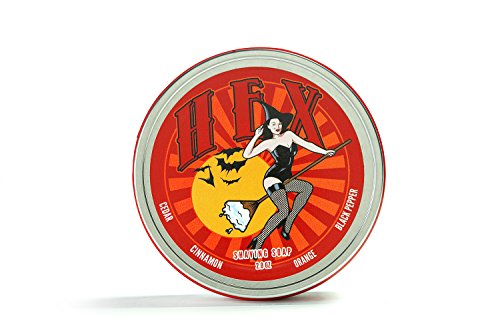 When it comes to scent, Dr. Jon and the team have a creative flame that can’t be extinguished.

The company has set themselves apart by providing some of the most interesting scent blends that currently exist in the artisan soap industry.

After reading the Amazon reviews, we were impressed by how many reviewers noted not only being loyal to the product but in their enjoyment of trialing the different scents.

The branding. The entire line has a unique look to it, a mashup of old school barbering with twentieth century cool.

Although it’s not wildly expensive, the price tag is not for the thrifty man. It’s not as long lasting a product and price-per-ounce is slightly more than its competitors.

Imperial Barber is the brainchild and passion of two barbers, Scott Serrate and Pedro Zermeno, expert tradesmen who have built a following and reputation for excellence in the barbering community.

They set out to create a line of products that men would trust based on function, not smell or any other unneeded aesthetic. The shave cream is simple, from its packaging to its color, there’s nothing cluttering it up.

The product, surprisingly, is glycerin based. Glycerin soaps have a reputation for not providing a rich lather; the folks at Imperial seem to have conquered that issue. The lather is the number one commented on feature of this product by Amazon reviewers.

The entire line has zero scents, for those of you that prefer not to mix your a new scent in with your current cologne or have scent related health issues, Imperial is for you.

The packaging. The product can be purchased with or without the container. Great for carbon footprints.

We’re excited to say, none. The product, the packaging, the company, and the price are all attractive.

When first being acquainted with a shaving soap some men have difficulty in the texture of the product and its application. Traditional shaving creams are released from their containers in a rich, creamy mountain of foam that’s quick and easy to apply. A slew of chemicals, many of which dry out your skin (like alcohol) are required for the instant foam convenience.

To correctly lather a shaving soap you will require a bowl/mug and a shaving brush. Michael Freedberg does a great tutorial on the processing of lathering a shaving soap (video below). Although this may seem like a time-wasting step, once practiced, many men enjoy the ritual.

When selecting your shaving brush, it’s important also to search for a vegan product. The badger is a traditional source for manufacturing shaving brushes. There are six primary species of badger worldwide; all have been used for centuries to create shaving brushes and don't align with vegan principles.

Synthetic brushes offer a perfect solution, and thankfully, are much more available and popular compared to brushes sourced from badgers. Much you r surprise a quality vegan synthetic brush provides the same (if not better) results than brushes manufactured with animal hair.

For a detailed analysis on shaving brushes read this article from Classic Shaving.

Today’s hipster can be credited for starting the beard phenomenon.

The beard has become an acceptable grooming choice from the budding entrepreneur to the seasoned CEO.

But for those seeking a close shave and want to do it with a clear conscience can now do so without feeling guilty.

As you can see from the list above, the are options out there for men to still get a quality clean shave ​without sacrificing their pledge to the vegan lifestyle.