A decade ago, if an individual practicing a vegan lifestyle decided to travel and visit far-away cities, then they might have had to put their cruelty-free lifestyle on hold before thinking of packing their bags.

Nowadays, however, with the spike of interest in a vegan lifestyle in the past ten years, the world’s major cities are increasingly becoming more and more ideal paradises for the devoted vegan.

Though living cruelty-free can be arduous at the best of times, if you happen to live in one of the cities listed below, you just might be living in a vegan mecca.

Though there are countless more cities that are considered vegan-friendly, these top ten have been chosen in regard to the amount of pure vegan restaurants they hold, as well as their attitude towards animal life.

These selections have also been chosen because their specific vegan communities are all very diverse and have their own unique factors that make them one of the top vegan destinations in the world, whether it’s the recent cosmopolitan atmosphere of London or the traditional oasis of Chennai. 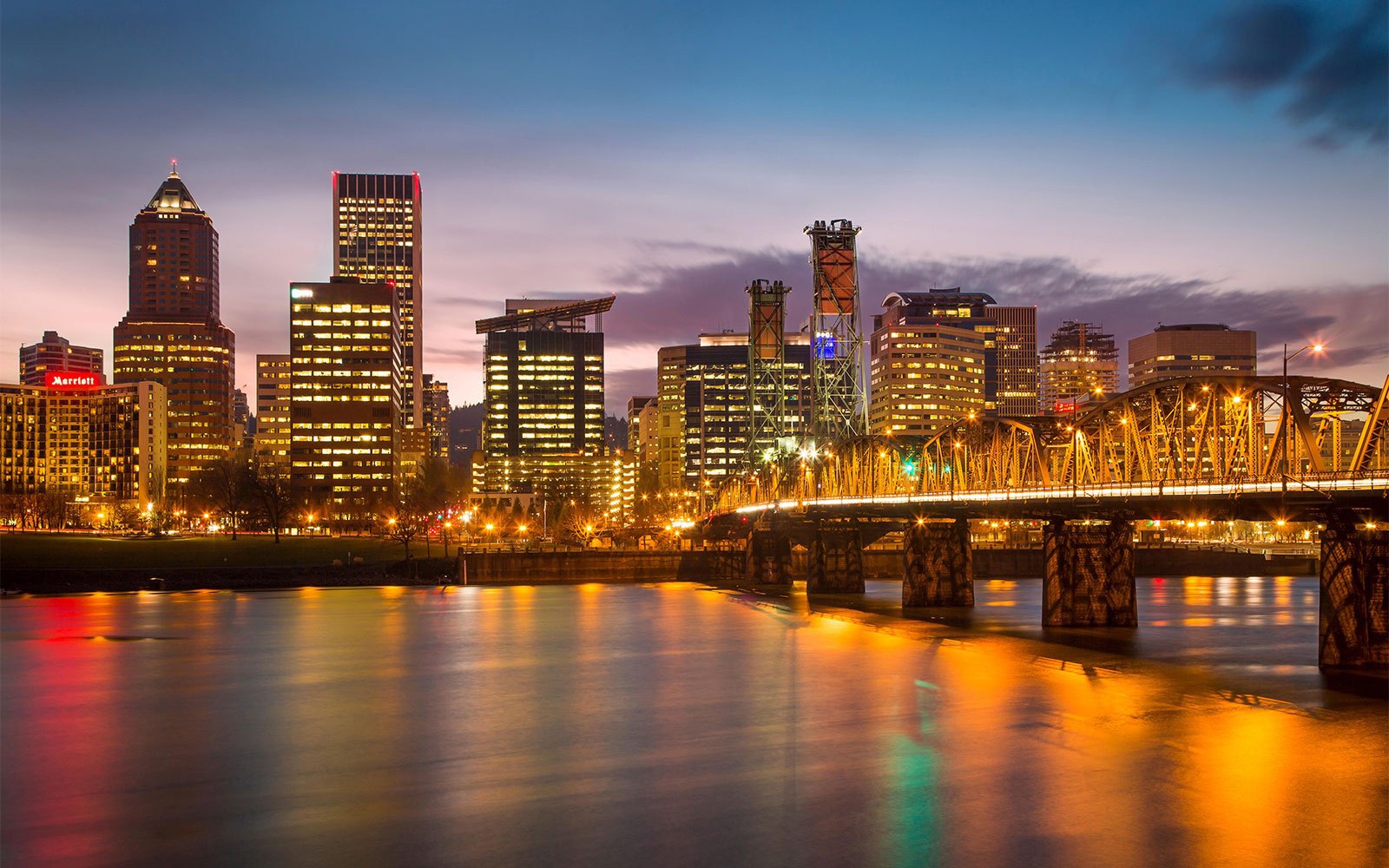 This humble city was granted the top spot on Peta’s Top Vegan Cities of 2016, and with good reason. With it’s alternative but progressive atmosphere, often dubbed the city that still has ‘the dream of the 90’s,' Portland is a hub of cultural activity.

Furthermore, Portland is also one of the first cities in the world to consist of a pure 1﻿00﻿% ﻿vegan shopping mall complete with a bakery, a grocer, a clothing shop and a tattoo parlor, allowing you to shop without having the struggle of figuring out whether your items are cruelty-free or not.

Furthermore, it’s not just the eating scene that’s vegan-friendly in this bubbly city. Portland’s cruelty-free enterprises include but are not limited to a bed and breakfast, a punk-metal bar, a summer camp, medical practitioners, counselors, real-estate agents and even a vegan strip bar, for those looking for a more risque stay! 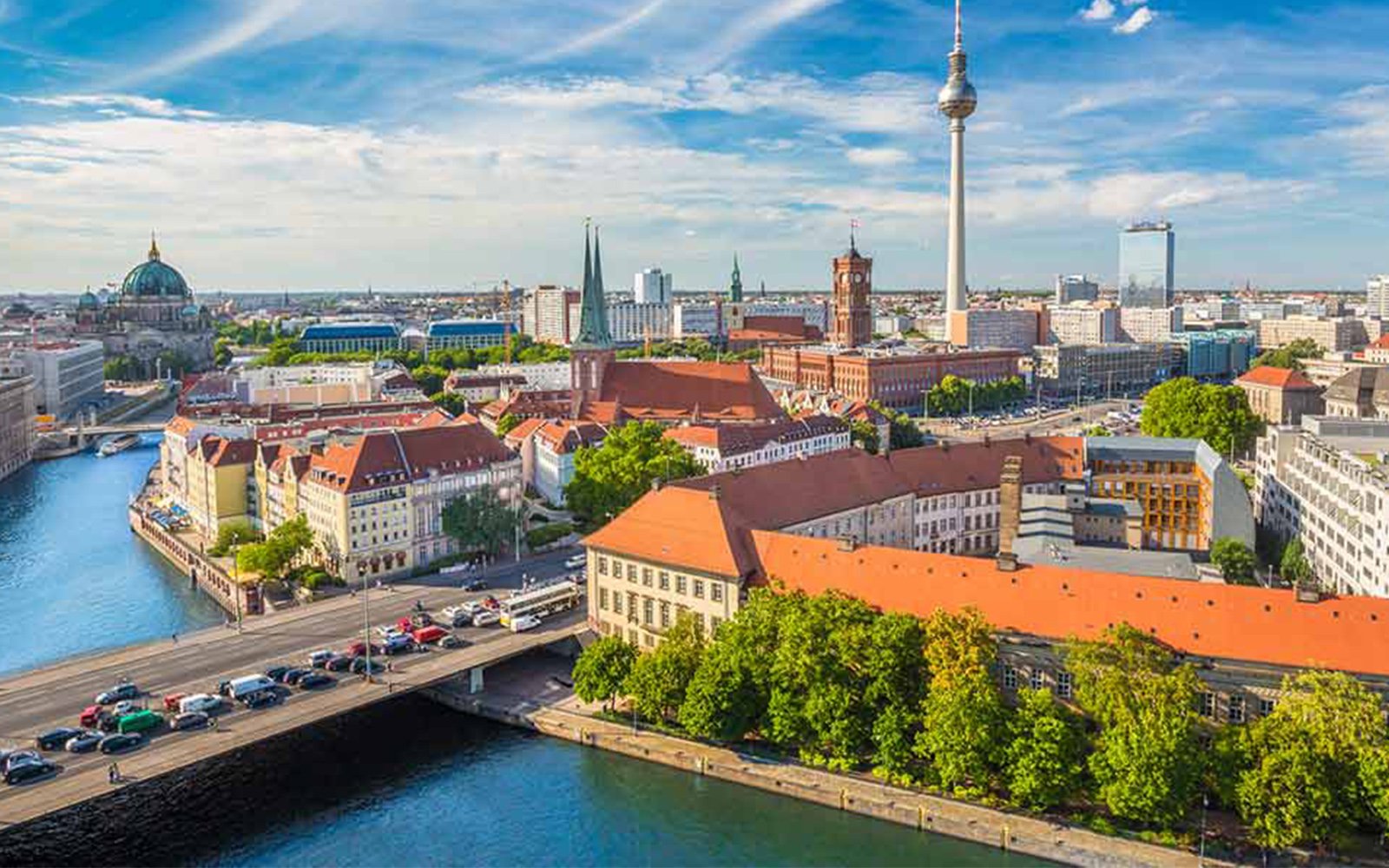 This historical city is soon becoming the vegan mecca of the world, and a cruelty-free haven for the conscience eater.

Berlin currently consists of over fifty pure vegan restaurants with more innovative enterprises opening every month and nearly all restaurants within the city centre offer at least a few vegan options on the menu.  All vegan restaurants in this city are within three miles of each other and can easily be reached by the efficient metro system or bicycles.

One of Berlin’s most famous eateries is the recently opened Brammibal’s Donuts, formerly a food stall, which offers vegans delicious pastries and donuts as well as Lucky Leek, a fine dining restaurant that offers more than just snacks and cafe-style food, but beautifully thought out meals that reward the eater’s taste buds.

The city also offers vegan fashion options and other services such as vegan hotels and motels.

Furthermore, Berlin also offers a selection of vegan activities and events. V﻿﻿ega﻿﻿n Tours Berlin combines a tour of the vibrant city, outlining its historical and cultural landmarks, with a journey through the city’s best cafes and restaurants, displaying the vegan and green movement that’s taken hold of the European city. 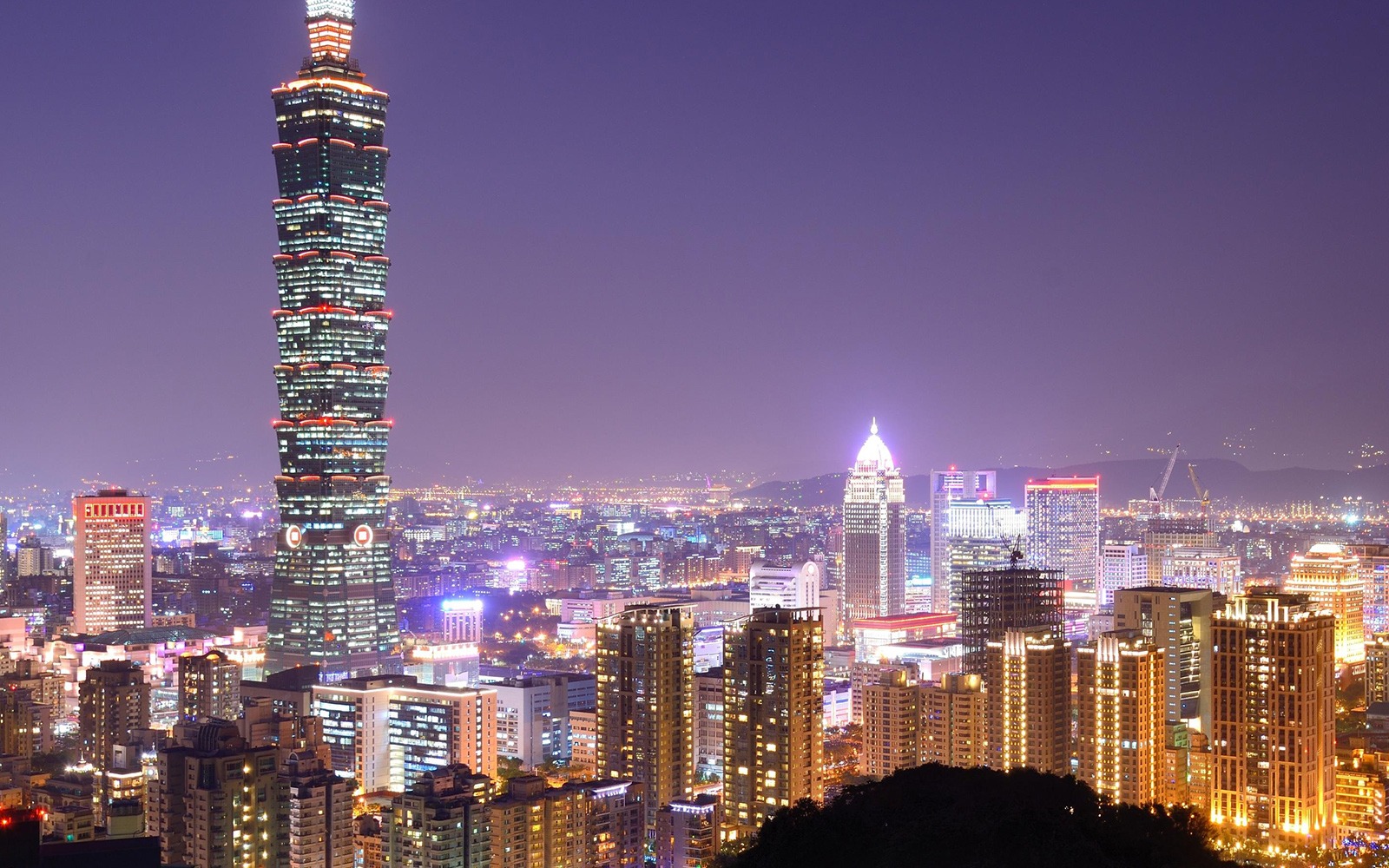 As a thriving Buddhist Society, Taipei is rising as one of the vegan powerhouses in the Asian continent and has been given the top spot on Peta’s Top Vegan-Friendly Cities in Asia.

This city earns its top spot on the list because of its countless vegan and cruelty-free restaurants and eateries, which are usually easily spotted by the Buddhist or Taoist symbol of vegetarian/vegan cuisine.

Included among the city’s 100% vegan eateries are Ooh Cha Cha, where cruelty-free diners can eat everything from a pseudo bacon and cheese burger and Caesar salad to more traditionally Asian dishes as well as Loving Hut which offers kimchi hot pots and non-dairy cheesecakes.

The city also has a diverse range of vegan cuisines ranging from Italian to western food to South African cuisine.

If you have a rampant sweet tooth, the city’s first vegan bakery creates a whole assortment of vegan sweets such as Black Forest gateau, coffee cakes, and red-bean mooncakes might soothe your cravings.

If you are into the raw food niche, Taiwan delivers with such eateries as NakedFood which specializes in raw vegan desserts. 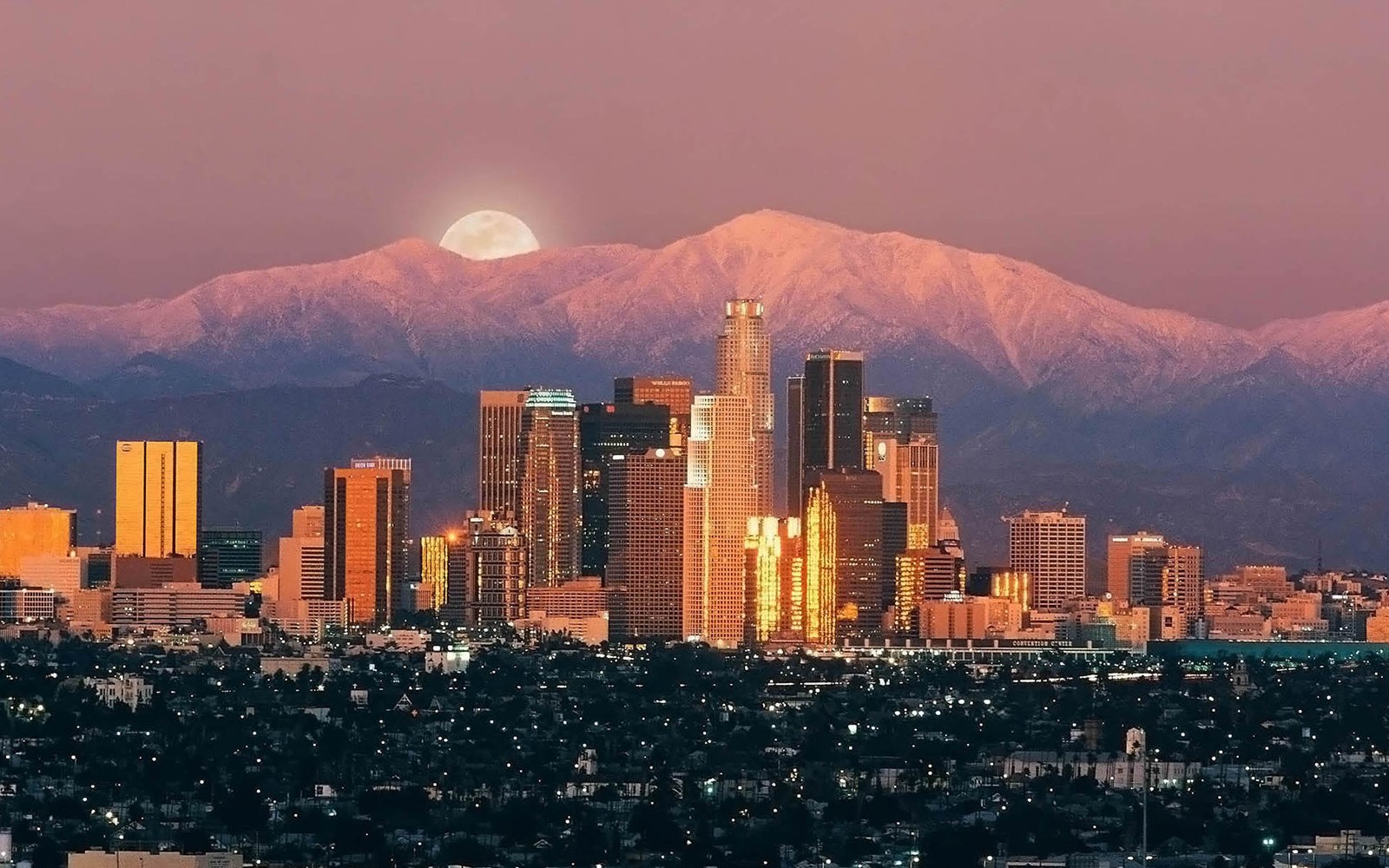 Similar to it’s fellow US city, Portland, Los Angeles is one of the vegan jewels of the West Coast.

The city is known to be a progressive community, boasting an alternative green way of life and incorporating a healthy lifestyle. The city is filled to the brim with vegan restaurants and bubbling healthy lifestyle events and sanctuaries that help people transition to a vegan lifestyle.

The city has more listings in HappyCow than any other US city and even has a museum dedicated to animal rights. Furthermore it is home to PETA’s West Coast headquarter’s, so you now the City of Angels is rife with a wide selection of vegan communities.

With a city full of celebrities and famous sports people, you can be assured that the city is home to the finest vegan restaurants in the world, with michelin star and world renowned chefs, guaranteeing, possibly, the flashiest vegan scene in the world.

Crossroads is a star-studded restaurant that serves mouth-watering dishes such as artichoke oysters, prepared by celebrity chef Tal Ronnen. Locals of the city also love Mohawk Bend, where everything is vegan unless specified with an NV, Non-Vegan symbol.

A more humble vegan eatery is Donut Friend, the famous donut bar which offers a countless variety of donuts and pastries, along with many more vegan bakery’s that litter the streets of Los Angeles. 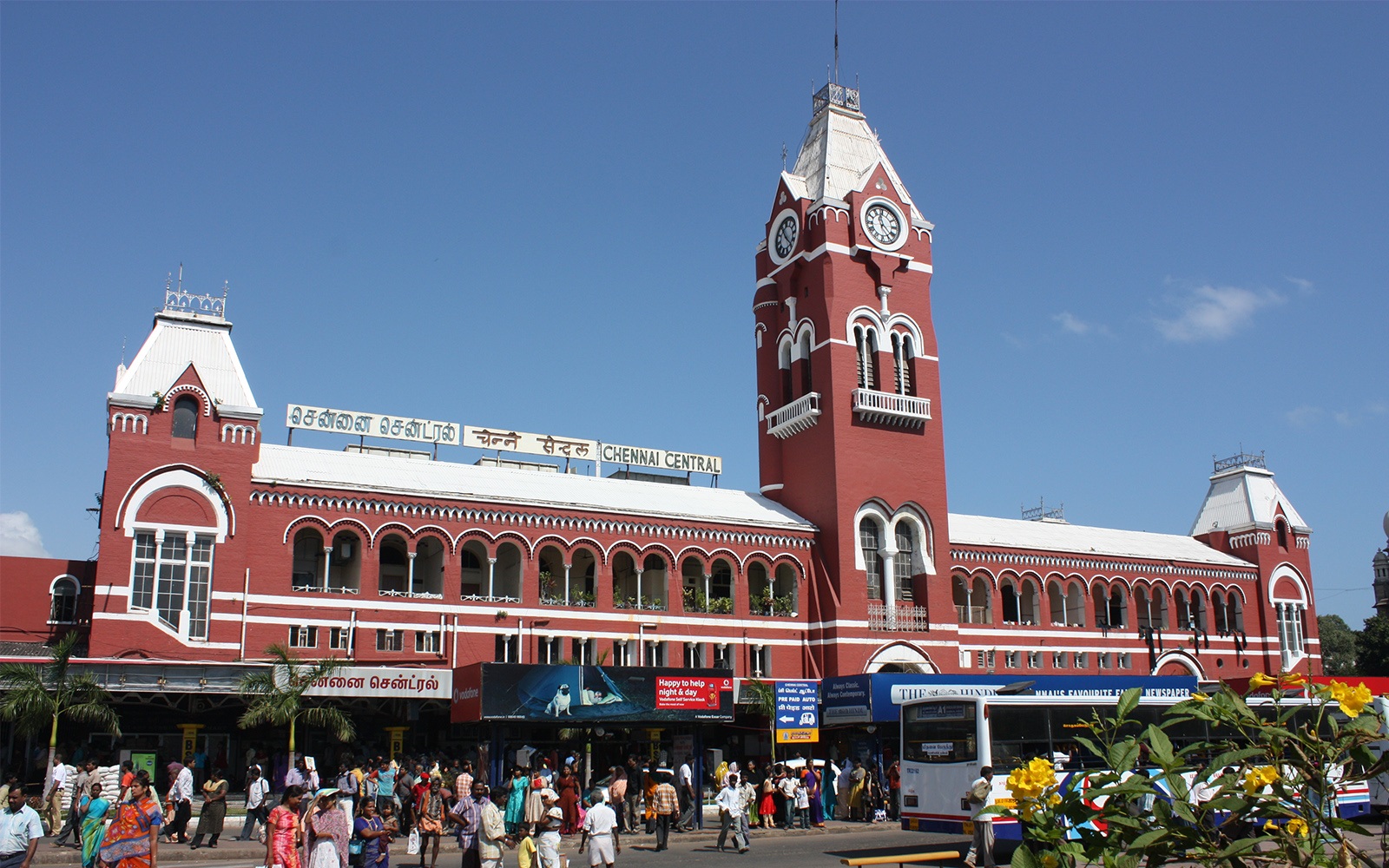 In a country where roughly fifty percent of its citizens commit to a meat-free diet, Chennai is one of the most vegan-friendly cities in not only India but the world, located in the south of the country, where the vast majority of dairy and meat-free culture exists.

The city is a key destination for vegan foodies mainly for the wide selection of vegan curries, dosas, thalis, sambhar and chutneys.

Chennai has a vibrant and vegan-friendly street food cuisine, named cha﻿a﻿t with famous dishes that include spiced corn and potato-based aloo.

If you are used to the comfort of five star dining Chennai offers one of the best-rated vegan restaurants in the country, The Royal Vega, based in the ITC Grand Chola Hotel.

Furthermore, for those who stay in the city for long Chennai Vegan Drinks is a social group that meets up for drinks and meals with other like-minded vegans. 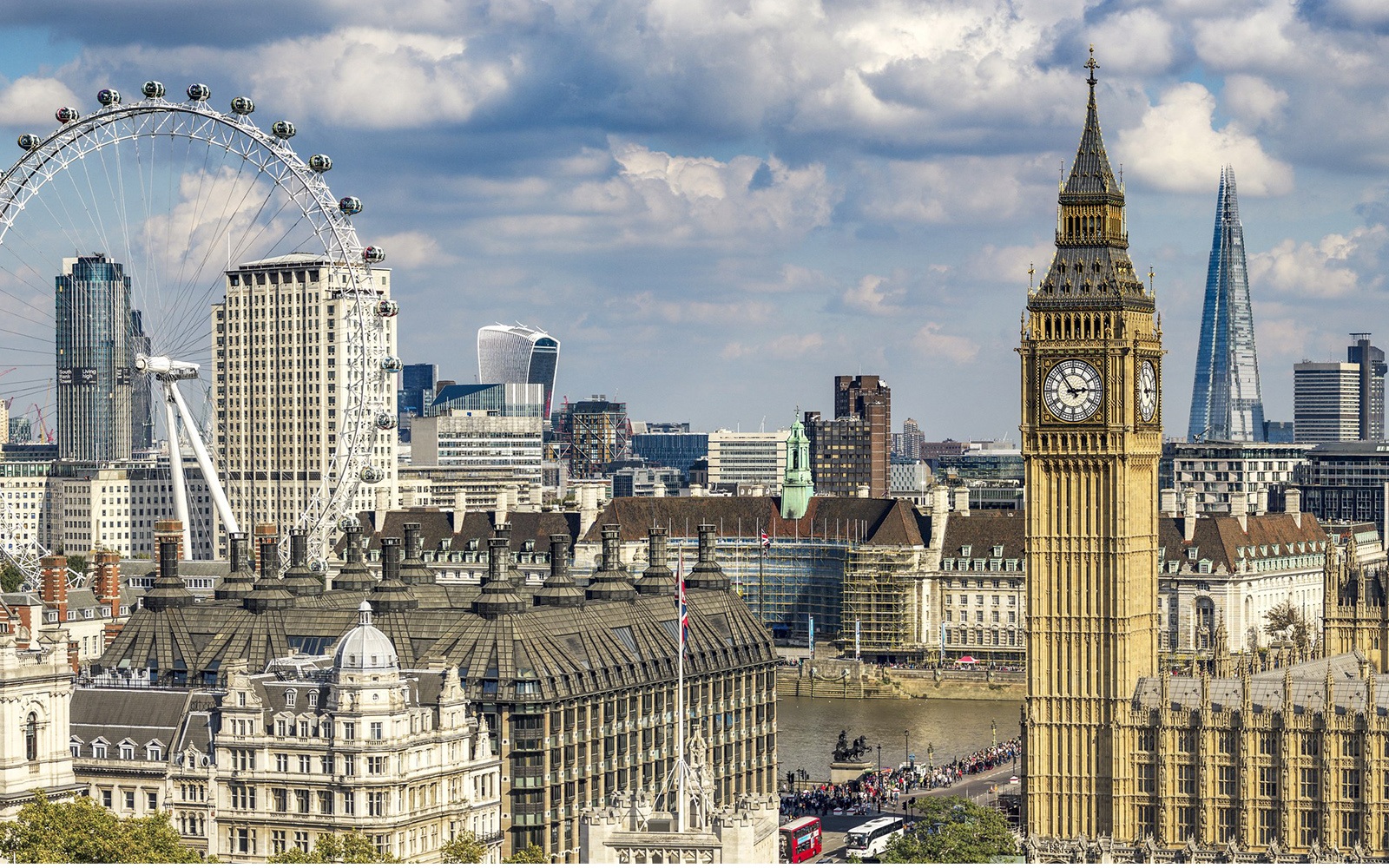 When one thinks of the British culinary scene with it’s array of michelin-star dining and food connoisseurs, you might think the bustling city would be the last place you would look in search of a vegan haven.

However, in the United Kingdom alone, the population that enjoy a vegan diet has increased by no less than 360% ﻿in the past decade. This city has an ever-increasing community of avid vegans, which are slowly taking over the city scene and demanding more options for their cruelty-free needs, with more and more restaurants and eateries opening up.

Recently, the world’s first vegan chicken shop, The Temple of Hackney, was open in the city and has been a huge hit.

London not only makes this list because of its expanding dining scene, it’s also becoming a major leader in the push for animal rights. At the start of the year, to promote the idea of Veganuary, the movement to encourage people to transition to a vegan diet, PETA in partnership with the Transport of London, covered several Tube stations with advertisements promoting a cruelty-free lifestyle. 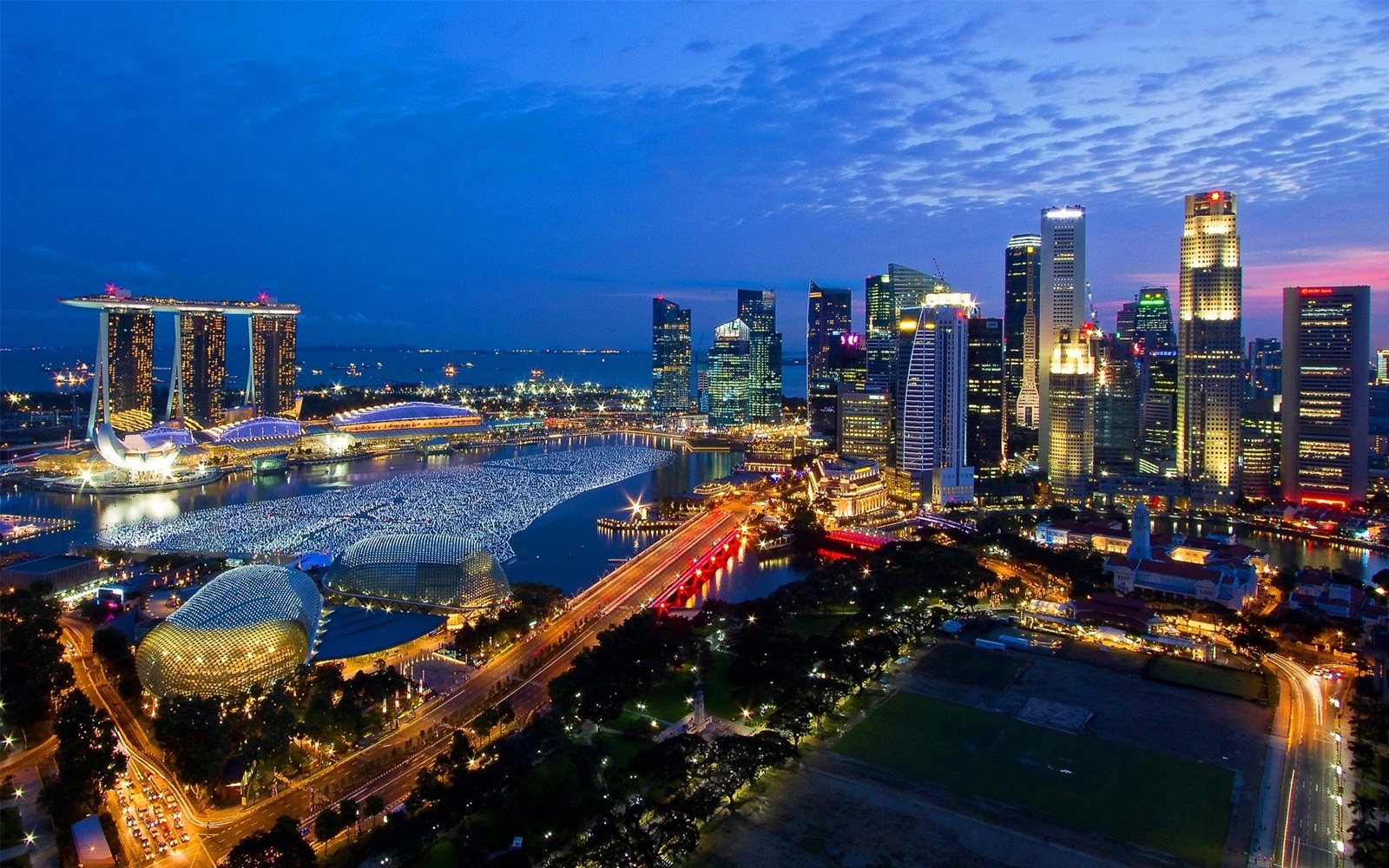 Singapore was granted the second spot on PETA’s Top 10 Vegan-Friendly Cities in Asia, just falling below our third choice, Taiwan. Though the Asian continent has already a wide selection of traditional plant-based meals due to its culinary history, most financial and capital cities are becoming steadily more and more vegan, and the roaring Singapore is no exception.

There are countless vegan eateries and restaurants catering for every individual’s needs. If you are pining for the taste and feel of a classic burger the burger joint VeganBurg, features a variety of meat substitute burgers compete with dairy- and egg-free mayonnaise and other toppings.

Singapore also offers a wide selection of vegan fast food, and cafe style dining for those looking for something a little inexpensive.

Furthermore, the vegan community is growing in the wealthy city, with experienced vegans reaching out to recently converted plant-based eaters through apps such as Whatsapp and Facebook. Support groups and recreational, social organizations have been formed in Singapore to help promote the vegan movement.

The sea-side beach city is home to the largest vegan festival in the world, named the Vegan Fest Tel Aviv, and has been ranked the number one destination for vegan travelers.

The green plant-based revolution only kicked off in the city in 2012, with currently 1 in 20 residents of the city now stating that they are vegan, due to the increasing unpopularity of dairy-based products.

One of the cities most famous vegan specialties is the “Carrot-dog”: a smoky carrot marinated in Jack Daniels served in a hotdog bun and toppings.

The progressive city also makes it on the Top 10 Vegan-Friendly Cities due to its increasing number of animal rights protestors. The﻿ Israeli Animal Liberation Front is extremely popular in the city, often demonstrating silent and peaceful animal rights protests in the city center. The founder of this local movement Gilboa, also won the Israeli Big Brother reality show, using this platform as a way to promote veganism throughout the country. 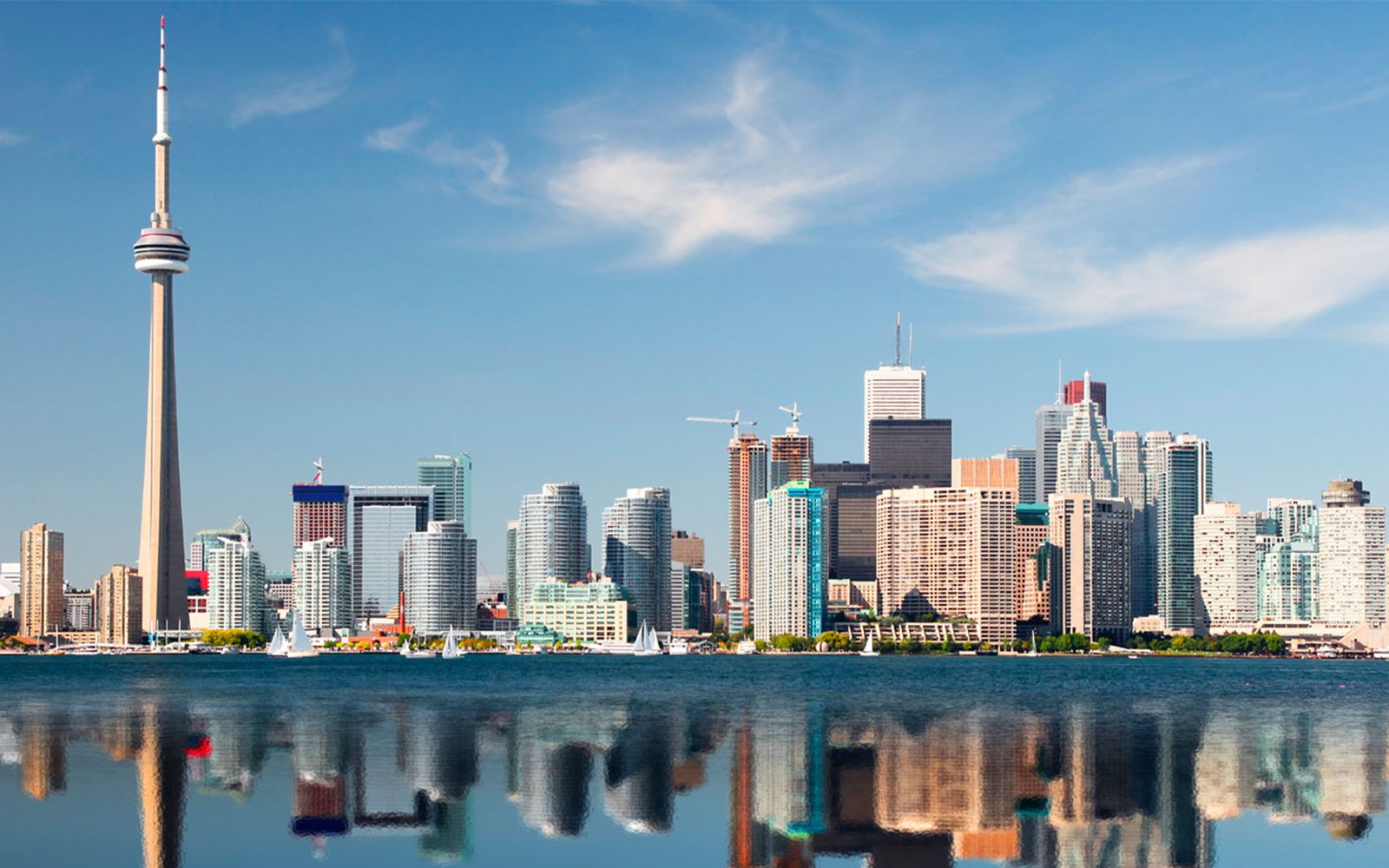 Like many major cities in the world Toronto’s vegan community is currently on the dramatic rise, and the demand for cruelty-free options whether it be in food, fashion or cosmetics is at an all-time high.

The city has countless vegan restaurants and eateries including T﻿o﻿ri’s Bakeshop which is a bakery during the day and Canada’s first vegan wine bar in the evening.

Vegan activism is also on the rise where restaurants such as Doomie’s portraying the clear message of the benefits of eating plant-based foods, and the damage done to the environment, body, and animals when animal products are consumed. Their restaurant is complete with a selfie-room where diners can go in and take a selfie with their barrage of vegan cartoons, and post it on social media, rising awareness of the cause. 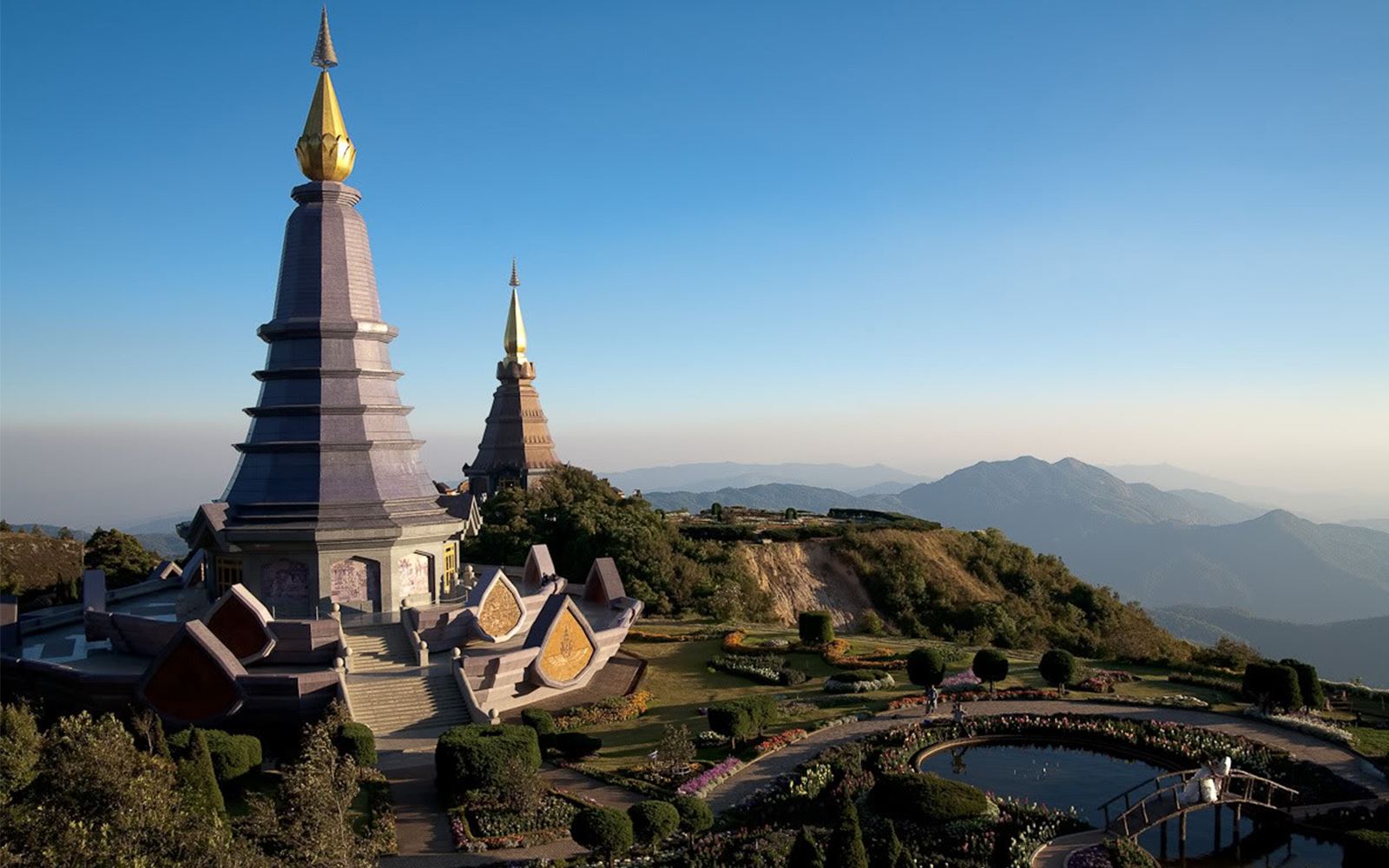 Chiang Mai, similar to Taiwan, is a thriving vegan culture, mainly due to its large Buddhist population. Like all of the candidates on this list, the biggest city in Northern Thailand hosts a plethora of 100% vegan and vegan-friendly cuisines.

Happy Green and Chiang Mai Vegetarian Society both offer vegan all you can eat buffets, in which you can have endless amounts of traditional Thai food. It’s easy to spot cruelty-free restaurants in Thailand, just look out for the yellow “Jay” or “Jey” sign that looks rather like the number seventeen.

Furthermore, Thailand offers a great selection of interesting and exotic fruits and vegetables so if you prefer to soothe your sweet tooth the raw way, Chiang Mai can offer you with a plethora of options.

Every year, more and more cities are taking the pledge to follow a vegan lifestyle transforming themselves into cruelty-free havens. As you can see from the list above, the world consists of a diverse range of vegan cultures, whether it’s the more traditional cultures of the Asian continent or the fast-emerging cosmopolitan cities of London and Vancouver.

A Guide to Vegan Birth Control