Most of us have felt the overwhelming sense of relief when we, as vegans, discover that our favorite snacks that we have grown to love over the years are, indeed, ‘accidently’ vegan.

Though we can be assured that Oreos, Skittles, and other snacks do not explicably contain animal products within their ingredients list, before we line our pantries with these delectable snacks we first must decide whether they are truly vegan; that they do not harm any animals in their production.

As the title of this article states, we will be looking at Lays Chips who are owned by their giant parent company, PepsiCo.

Lays Potato Chips are one of the world’s most popular brands of chips and a large selection of their varieties do not contain animal products, approximately 30% of the company’s 46 varieties. These animal products excluded varieties are:​

Lays Potato Chips are one of the world’s most popular brands of chips and a large selection of their varieties do not contain animal products, approximately 30% of the company’s 46 varieties.

After combing through the ingredients of all the varieties of Lay’s chips at fritolays.com these are the ones that DO NOT contain animal ingredients:

But are these varieties truly vegan?

It is a question with different answers depending on how far across the vegan spectrum you are. There are a handful of reasons why one would take the effort to follow a vegan lifestyle and so how far people are willing to dedicate to a vegan diet varies.

If you are a vegan who is doing it for your health alone, then Lays could be considered vegan for you, as it physically contains no animal products.

However, if you follow a cruelty-free lifestyle for the rights of animals and environmental protection than you might not consider Lays as vegan.

Why? Because Lays, and in extension its parent company PepsiCo, uses what is named ‘Conflict Palm Oil’ as a crucial ingredient in most of their consumable goods. 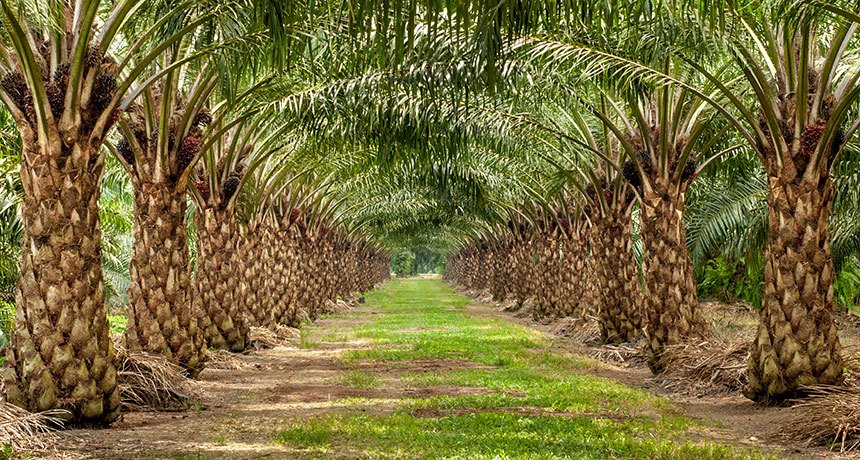 Palm Oil is an edible vegetable oil found within the mesocarp of the fruits of oil plants such as the African oil palm, Elaeis guineensis.

Traditionally palm oil is used in many African, Brazilian and Southeast Asian communities where this form of firm oil is found in abundance.

However, palm oil is also used in colossal amounts in the commercial food of the world due to its lower cost and the saturation of the refined oil when used for frying and other such production mechanisms.

Though there are some companies that argue there is such a thing as sustainable palm oil, PepsiCo and other such mega corporations use what has been dubbed ‘Conflict Palm Oil’ and this phenomenon is responsible for a multitude of environmental, animal and human rights abuses.

As every hour passes, up to three hundred football fields of forest is cleared to make room for a palm plantation to produce palm oil, and a large proportion of this expansion occurs at the expense of biodiversity and ecosystem sustainability.

This large-scale destruction and pillage of the carbon-rich natural land releases tons upon tons of carbon pollution into the atmosphere and is an essential attributor to human inflicted climate change.

So much so, that clearing one hectare of peat forest can release up to six thousand tons of carbon dioxide, and is why Indonesia is the fifth largest contributor to carbon emissions, even though it is one of the smallest developing nations.

In the country threat from deforestation is huge, as approximately only 50% of the country’s original biodiverse forests exist currently, with an estimate two million acres of the land lost per year. 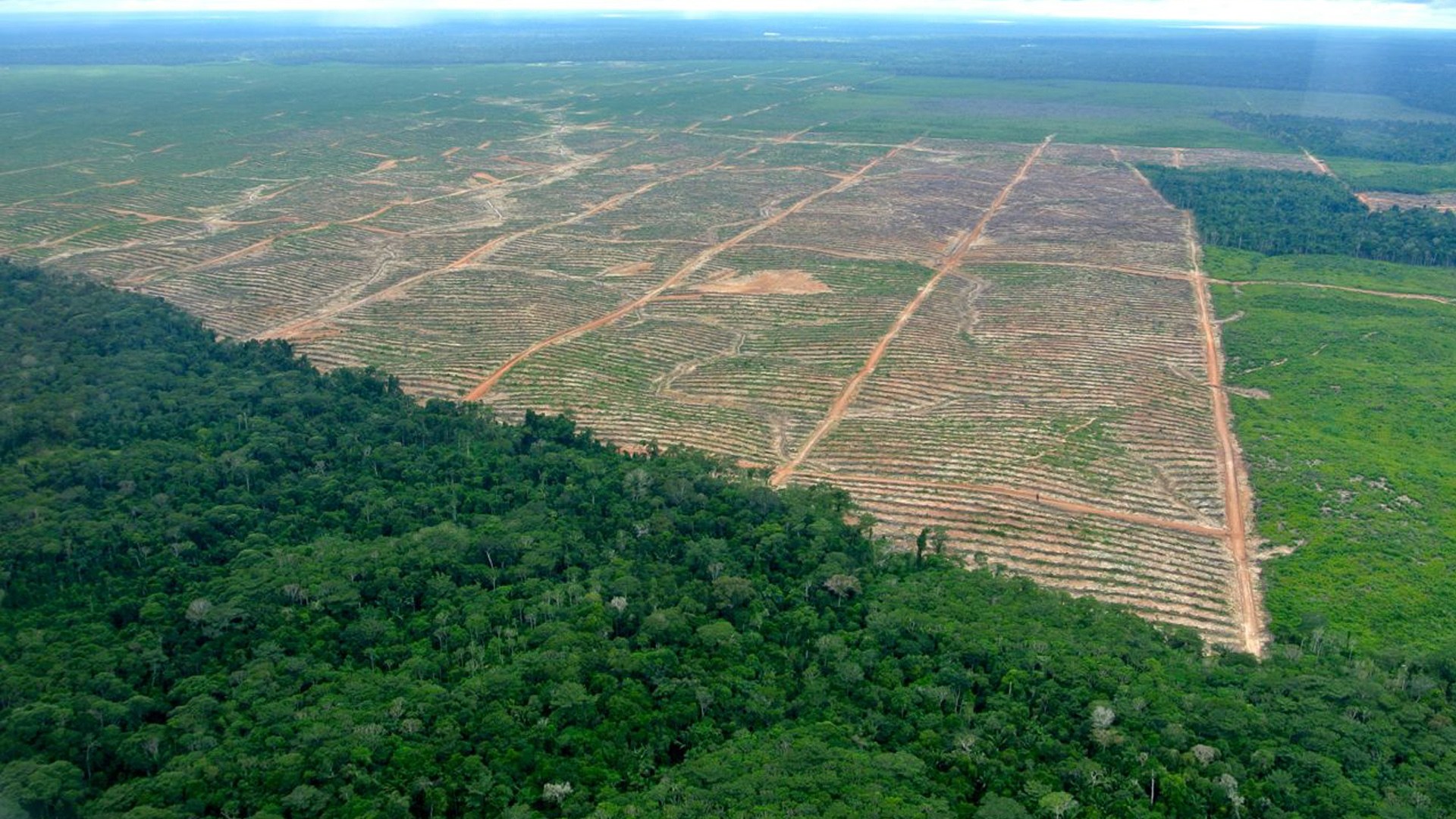 In the jungles of Borneo and Sumatra, there are approximately 300,000 animals found within the trees and mountains, many of which are killed, injured or displaced due to deforestation to make room for palm plantations.

Furthermore, this extreme deforestation allows easy access for poachers into exposed habitats, increasing the risk of extinction for a wide range of endangered animals such as the Sumatran Tiger and Orangutans.

Poachers can know simply drive to the locations of this exotic prized animals, instead of trekking it through hectares of wild forests.

This wildlife is often found buried alive, killed or mutilated from machete and gun attacks.

There are only 6300 Sumatran orangutans left, and it is estimated that at least 1000 of these sentient animals are killed each year.

This is due to the destruction of their environment, as well as the animals invading palm oil plantations and settlements in search of food. It was recorded in ﻿﻿2006 that 1500 orangutans were clubbed to death alone.

Orangutan mothers are also killed and their babies are taken away to be sold as pets or as entertainment in countries such as Bali and Thailand. 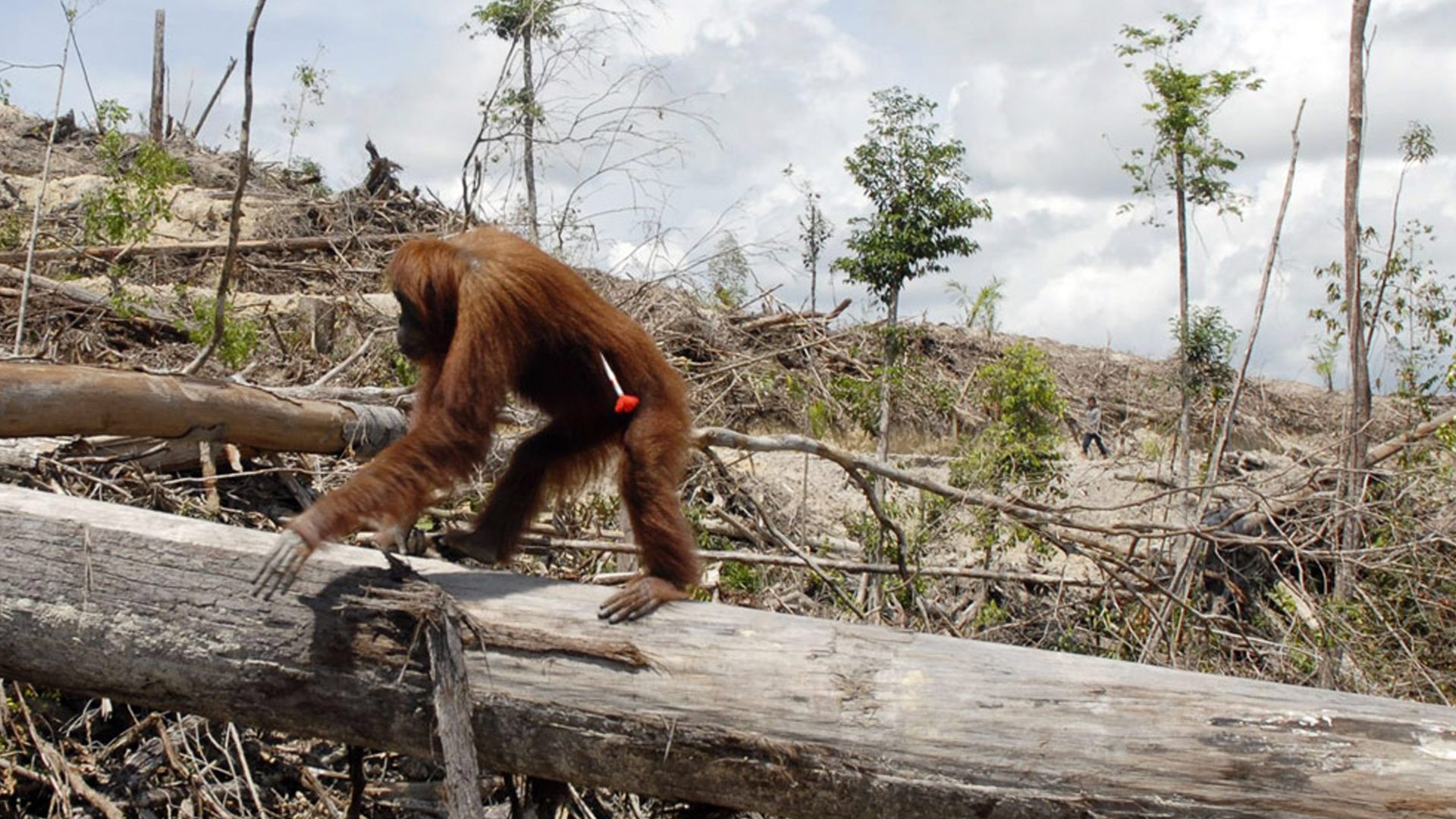 The development and expansion of palm oil plantations are often promoted by mega companies as a prospect of prosperity and employment for the native and often poor rural areas of Borneo and Sumatra.

Though these plantations to lead to employment of many people in Southeast Asia, the industry also has destructive consequences on many indigenous communities.

More than often, the government’s own interests and dealing with mega companies in the hope to bolster the economy legalizes corporations taking away the land of indigenous peoples for their own financial benefit.

In Indonesia, nearly 45 million people live in the forests of Indonesia, and there are recorded up to 5000﻿﻿﻿ ﻿﻿land ﻿or﻿ human rights conflicts regarding deforestation within the country.

The palm oil industry has also been linked to many human rights violations, most notably the use of child la﻿﻿bour in remote areas of the country.

Children are forced to carry immense loads of palm fruits and spend hours bent over collecting fruit from the floor. Heat exhaustion, cuts, and bruises are a daily occurrence, and most children are not paid or compensated for their hard work.

Though the mega-corporation has continually pledged to transition to more sustainable palm oil manufacturers, most environmentalists understand this as only lip service and a form of half-measured commitment.

PepsiCo’s supply chain is massive, consisting of plantations, mills, collection ports, refineries, margarine producers, and product manufacturers, but their sustainable commitment, stated in 2014, isn’t accountable for all these mechanisms.

In fact, this commitment to sustainable palm oil doesn’t even apply to all their branded products.

Though, this is a step in the right direction for the second biggest snack manufacturer in the world, along with many other mega-corporations to make pledges on reducing their use of unsustainable palm oil, many have of yet to show responsible leadership and action towards taking a more significant leap forward.

It is only with the added pressure of environmentalists and human right advocates, partnered with the boycott of such products and companies that we can truly force these mega corporations to deliver real action in the message they love to spruik.

As you can see, a simple question of whether a simple product is classified as a vegan is not black and white and does not guarantee a simple yes or no answer.

At the end of the day, it is where you land within your own mindsight and reasoning to determine whether a product should be labeled as vegan or otherwise.

Though there are no animal products present in some varieties of a simple Lays potato chip, can you ignore the environmental, animal and human rights abuses that are performed by its manufacturer to deem it as cruelty-free?